North Wales Dragons wear Chain of Survival on their sleeves

The Chain of Survival is a logo that outlines the four steps to help save a life, from recognising a cardiac arrest to the person receiving post-resuscitation care. The North Wales Dragons will now sport the logo on four shirts over the next two years, helping to educate both players and supporters about the importance of the Chain of Survival.

It’s a subject that couldn’t be closer to co-founder Chris Roberts’ heart.

“In 2015 I suffered a heart attack. I was in intensive care for five days, following which I decided I would do more research on heart awareness,” he said.

“I then went on to receive CPR training as I knew how important it is to have the knowledge to resuscitate, so that if one day the opportunity presents itself, I am able to help as much as possible.”

Nick Aitken, a community CPR training provider and sponsor of North Wales Dragons, emphasized why the Chain of Survival is so important.

“The chain of survival simplifies what we’re doing”, he said. “It’s four easy steps to remember."

“For the next two years, people will ask: ‘what is that? What does it mean?’- it opens up the conversation.” 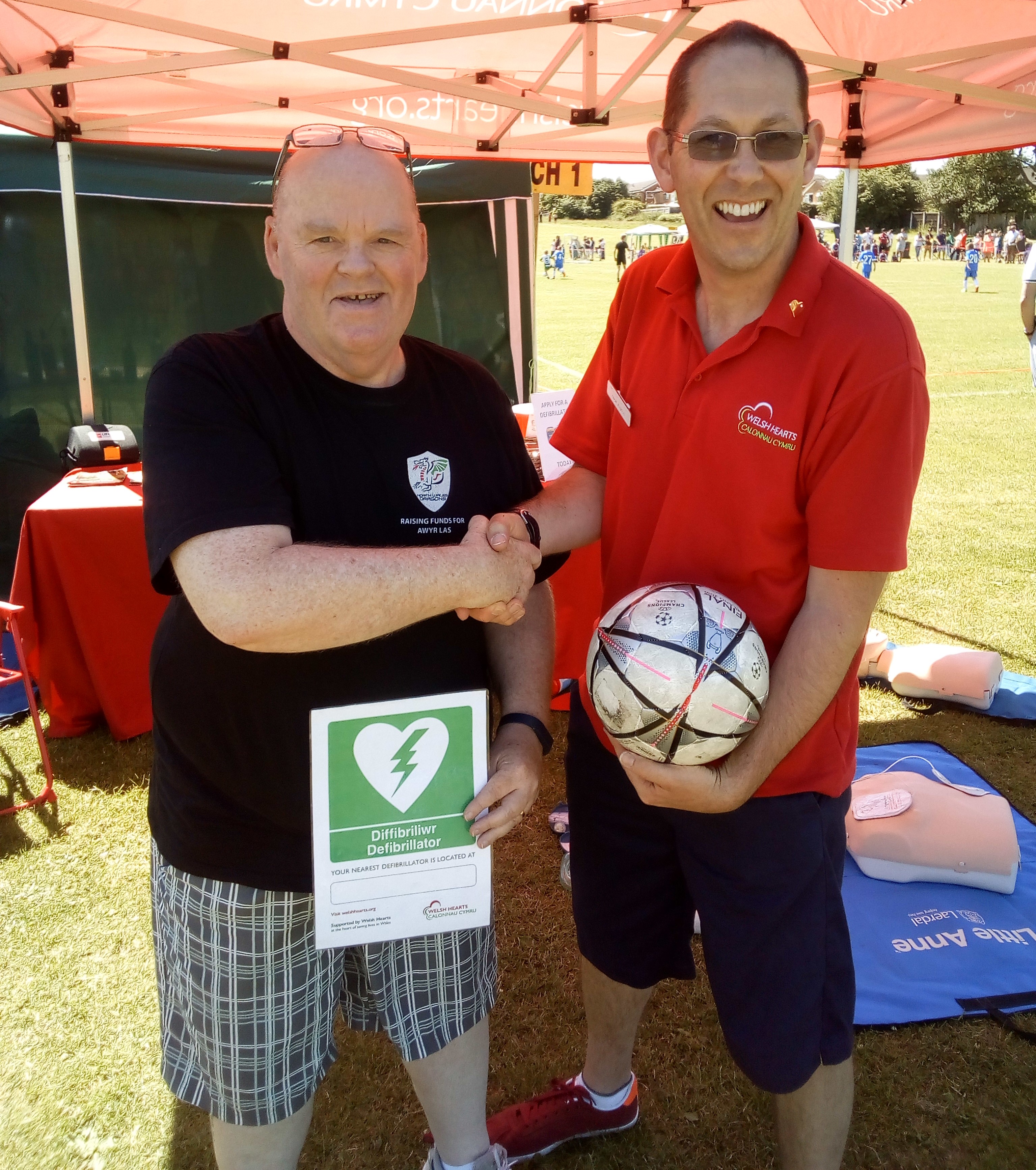 2019 also marks the 10-year anniversary of the North Wales Dragons. The team was developed for a one-off charity event, but now hosts regular events and participates in matches across the UK.

“It has snowballed into something we never imagined could happen, and the results have improved too,” said Roberts.

Since 2009, the team has supported numerous organisations, helping to raise money and awareness for various good causes. The team are proud to have the likes of David Gold, chairman of West Ham United, as an Honorary Dragon, and TV presenter Davina McCall as a valuable Heart Warrior.

Now, as they place their focus on the Chain of Survival, they reflect on why it’s important.

“People fear doing harm and think you can’t use defibrillators unless you’re trained. They shouldn’t be worried- you should always do something,” explained Aitken, who has provided CPR training for children, adults and even celebrities in Wales.

Roberts agreed. “People need to be educated that a cardiac arrest or a heart attack is not something that happens to ‘other people’. It can happen to anyone, at any time.”

The team now hope this will inspire the local community to help. “What we need now is for more people to run with it, and raise awareness,” said Aitken. “We would like to see CPR training become a compulsory part of the Welsh curriculum and come in line with other parts of the UK and Europe”

For more information about the North Wales Dragons, visit  https://www.northwalesdragons.co.uk/

For more information about the Chain of Survival, take a look at our CPR information.

Resuscitation Council UK held a training event for West Ham fans in honour of supporter Danny Bygraves, who suffered a cardiac arrest in 2019.

Show recent news
Related content
How to do CPR