Publication: CPR, AEDs and the law 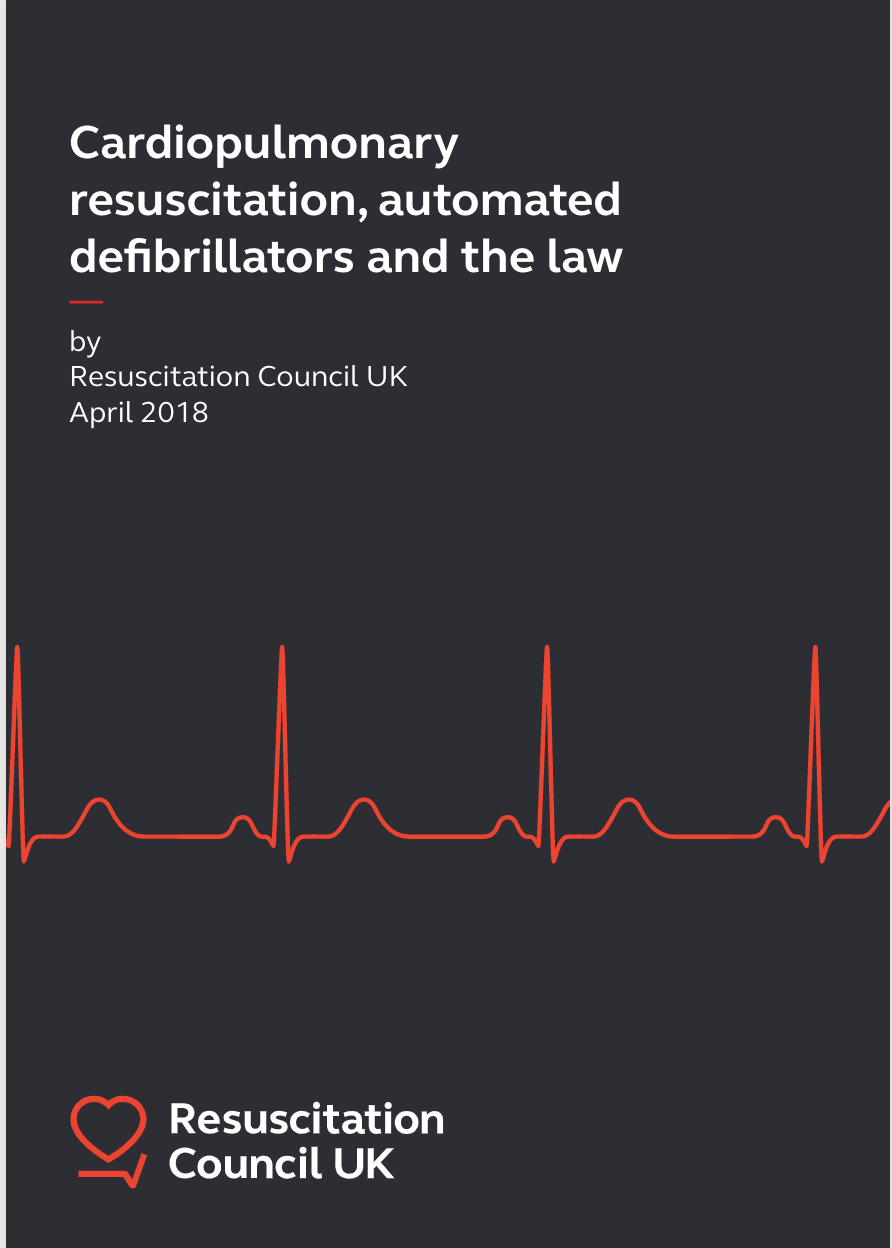 The aim of this document is to clarify, as far as possible, the obligations and responsibilities of those who attempt the resuscitation of anyone suffering a suspected sudden cardiac arrest, and to provide guidance for organisations that are contemplating providing life-saving equipment and training for those who might use it. The advice is concerned primarily with resuscitation attempts made out of hospitals or other healthcare facilities and, while relevant to healthcare professionals, is particularly aimed at members of the general public with modest or no first aid knowledge or training.

This document was originally published in 2000 as 'The legal status of those who attempt resuscitation' and was first revised in 2010. A thorough review was undertaken in 2017 by one of the original authors and a legal specialist in the field. Revisions have been incorporated to ensure that the advice remains as current and accurate as possible.